Skip to content
Latest news
Putting the Mickey into Fitbit – creating a watch face (with code)
Fully Jarvis L-Shaped Desk and Monitor Arms Build Project
List all your Google Classrooms Version 2.0
Batch Script that will list ALL your Google Classrooms in your G:Suite deployment
Return of the amazing Glo.li
Inner GeekSocial Comment 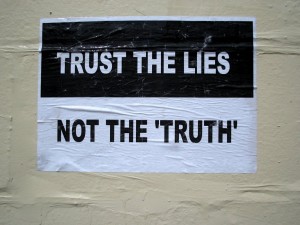 Er. No it isn’t. Now this one did come from an exam question in the dawn of time!  Unicode is implemented using different characters codings. There are actually either 8-bit (utf-8), 16-bit (utf-16) or 32-bit (yep, utf-32) versions.

We say that Unicode represents a maximum of 65536 characters (being 16-bits notionally) but no the current standard of Unicode represents 110,182 characters from over 100 script based languages.  In fact, Unicode has 1,114,112 code points of variable lengths (some 8 bits some 24-bits, some 16-bits) and uses these to represent things like Egyptian Hieroglyphics or Ancient Chinese characters.

Frequently in the Computer Networking unit learners are asked to state how many IP addresses will be available for a particular Class of network. IP4 addresses are 4 bytes or octets long.  With a class A address the first byte of the network address, the rest the host address – with class B it’s the first two bytes for the network and for class C its the first 3 bytes. So far, so good!

Question: Calculate the maximum number of computers which can be connected to this class C network (192.168.0.0). Answer given…255.  This assumes that 1 IP address is reserved for the network and that the rest are available for computers…NO NO NO!

This one is a little over simplistic.  We say to our learners that compilers and interpreters both translate programme source code into machine code. Compiler does it all at once to make a machine code file and the interpreter does it line by line, executing the machine code as it goes.

It is far more likely that the compiler will actually produce what is called object code and then a linker will bring together the various parts of the project into one whole program. For example in Windows a linker might bring together several objects and libraries (obj and lib files) into one executable (exe) or one dynamic link library (dll).  In most cases the compiler doesn’t produce executable machine code, the linker is needed to do this.