Skip to content
Latest news
Putting the Mickey into Fitbit – creating a watch face (with code)
Fully Jarvis L-Shaped Desk and Monitor Arms Build Project
List all your Google Classrooms Version 2.0
Batch Script that will list ALL your Google Classrooms in your G:Suite deployment
Return of the amazing Glo.li
Social Comment 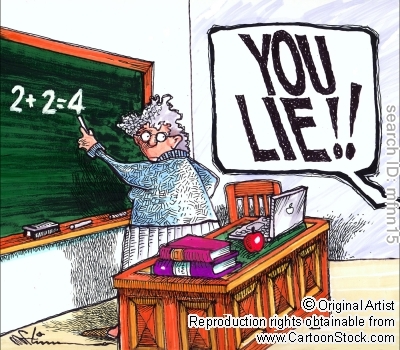 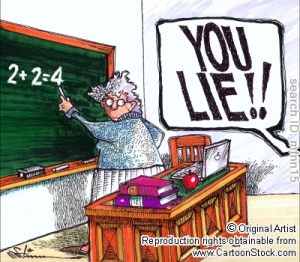 Our higher computing course has a lot of errors in it! Things that we tell learners are absolute truths but are, in fact, errors often built on incorrect knowledge, incorrectly set exam questions from many many years ago or just a lack of knowledge.

Here are a few of them!

Lie #1 – The width of the databus indicates the word size of the processor.

This information is used in every computing examination and often in the calculation of memory requirements for a computer. The databus that links a computer processor to a computer’s main memory is a bus that is external to the processor. It is only the internal databus INSIDE the chip that gives the word size of the processor. For a processor to be a 64-bit, for example, it will have datapath widths, integer size, and memory addresses of 64 bits. A good example of why this is wrong is the 32-bit Pentium chip which had a 64-bit databus). This lie doesn’t take into account processor architectures that use multiple put operations (so they shift data in blocks into larger memory locations).

Lie #2 – Declarative languages are programming languages that use facts and rules rather than sequential commands.

So, really the answer we have accepted in Higher Computing examinations for the last 14 years is wrong! Just saying!

This calculation totally ignores storing the pallet of colours used, the format of the image and so much more. Yes, there is some correlation between the number of pixels stored in this uncompressed format at the size of the image but we are ignoring a whole section of how the image is stored.

Can you think of any lies you tell to your Computing Higher class?