Skip to content
Latest news
Putting the Mickey into Fitbit – creating a watch face (with code)
Fully Jarvis L-Shaped Desk and Monitor Arms Build Project
List all your Google Classrooms Version 2.0
Batch Script that will list ALL your Google Classrooms in your G:Suite deployment
Return of the amazing Glo.li
Future of GlowSocial Comment 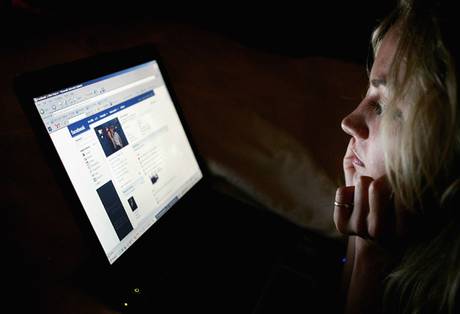 Duty of Care: Is it an excuse?

The most frequent reason I get when I discuss “open access” to the Internet with those that control network access and strategy in local authorities is duty of care: “We have a duty of care to protect young people”. But what is this duty of care, what isthe legal precedence on which it is based and does this duty of care require that we provide our learners with poor connectivity and restricted access to the worlds largest source of learning material? 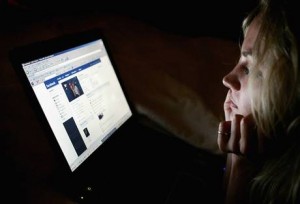 It is difficult to foresee the nature of injury that a young person may experience by innocently using the Internet in school.  There is no clear consensus among experts and little reliable research to explain the potential damage to young people who view inappropriate material.  There is, however, some evidence that any emotional damage or damage to a young person’s perception of others occurs from prolonged access to inappropriate material.  The vast majority of Internet usage by young people occurs in the home, with an increasing number of young people moving to mobile devices.

There is some evidence to suggest that children are much less concerned about accessing unsuitable or damaging content than their parents (Atkinson et al., 2009). A survey of 833 young people aged 12–17 (Synovate, 2009), for example, reported that only nine per cent were concerned about accessing inappropriate content. In contrast, young people were a lot more worried about inappropriate contact (30%) and ‘computer security’ (24%). This relatively low level of concern reported by young people correlates with the levels of inappropriate or damaging content actually accessed by them according to other studies. Thus, for example, one survey (Ofcom, 2008b) of more than 3000 parents and children aged 5–15 only found that eight per cent of 8–11 year olds and nine per cent of 12–15 year olds reported seeing or hearing things online that made them sad, frightened or embarrassed.

Even lower levels were identified by children using alternative devices to access online content in a survey consisting of 797 face-to-face interviews with young people aged 7–16 (Ipsos MORI, 2009). It indicated that very few young people had encountered online
content that made them feel uncomfortable, upset, scared or worried – four per cent of those who used a mobile phone, five per cent of those using games consoles to go online and none of those who used a portable media player. However, it is worth noting that one study (Synovate, 2009) found that parents underestimated the level of inappropriate content that their children reported having encountered online. It reported that 13% of parents said that their children had come across harmful content or had done something they disapproved of online. In contrast, 18% of children aged 12–17 said they had come across inappropriate/harmful content in the past few months.

The NFER review of evidence  also indicated that:

We, as educators, clearly have a lot to do.  We are more concerned about inappropriate material than we are about bullying or that our young people arrange to meet people who may not be who they say they are.  To me, our first duty of care is to educate our young people about the e-safety and present them with a very strong message about protecting themselves. Studies confirm that some children lack awareness of how to use the internet safely – including a lack of awareness of privacy settings on social networking sites (Eynon, 2009; Ofcom, 2008c) and how to protect themselves against cyberbullying (Anti-Bullying Alliance, 2009). 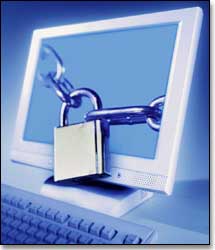 I would say no, especially since we have no control over the majority of a young persons Internet access or mobile device usage.  The Internet genie is already out of the bottle and we need to stop trying to put it back in.

Twitter, Facebook, Google Plus and Google Apps are all tools that could very well be put to use in school. Rather than turning social media into a “behind the bike sheds” area (thanks David Gilmour) where learners receive no support or guidance and we cannot intervene when things go wrong, we should embrace it and use social media to facilitate sharing, discussion and reflections – all active learning strategies and key to the changes we are trying to affect with Curriculum for Excellence.  And there is a growing body of research evidence (For example: http://glo.li/OLkBjJ) which indicates the positive impact of social media leading to greater learner engagement and interaction.

But getting back to the point of this post…is there a justifiable fear of litigation should a young person access inappropriate material?

Our first duty of care is to educate young people. If we have spent time educating learners about the potential threats then, as the research above highlights, young people won’t go looking for material but might accidentaly stray on to it due to clicking on a link in an innocuous web search.  In these cases, the council has already exercised it’s duty of care, educated the learner about the possible hazards and put in place procedures to report and record access to inappropriate material.  A case brought against the council would have to prove that there was a probability of injury, that the potential severity of the injury required additional precautions, that the danger was understood and precautions had been taken and that it was possible to foresee the injury – these are the ‘tests’ for Scots Dilict law and are used in ‘duty of care’ civil cases. 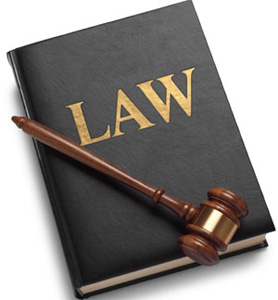 Severity of injury: some learners are more vulnerable that others and their access to online resources needs closer monitoring.  A young person bringing a case for a breach of duty of care would have to prove that his/her special circumstances required a greater level of care.

Availability of precautions: when the danger of the act is not known (as it would be based on the current research) can you take precautions against an unproven danger? We can take precautions but we could claim these are unreasonable given the negative impact these precautions have on access to  on-line services from schools.

Foreseeability of injury: is it foreseeable that an injury could occur? A case would have to proven that it was reasonable for the council to foresee that accessing the web or on-line service would result in injury to the young person.

I have tried to find legal cases from around the world where an educational institution has been found wanting in its duty of care to young people relating to access to the Internet and protection from inappropriate material. I haven’t found one! Let me know if you find one. I think it’s safe to say that it any case brought against a local authority would be unlikely to be successful.

You did it, it’s your fault!

So, what happens when a young person, who has been educated about the acceptable use of the Internet, goes looking for and finds inappropriate material which causes him or her actual harm? Well, Delict law cases often use precedents, cases which may illustrate when a duty of care applies and when it does not.   The the case of Titchener v British Railways Board is a useful precident here.  Miss Tichener was 15 year old girl who climbed through a fence onto a railway line. She was subsequently hit by a train and attempted to sue the then British Railways Board, claiming that she was due a duty of care as a visitor on the boards premises.  The court ruled that Miss Tichener was not owed a duty of care because she had voluntarily taken the risk of walking on the railway line.  This is a classic case of “Volenti non fit injuria” (to the willing person, injury is not done) which means that if someone places himself or herself in a position where harm might result, knowing that some degree of harm might result, then he or she will not be able to bring a claim in delict law. If a learner uses a computer and willingly takes part in activity which leads to his/her harm then the council does not have a liability in law.

In Scotland children are liable for their actions if they have a sufficient understanding of them and can appreciate that their actions were legally wrong.  If we as educators have taught our young people about the dangers and possible risks of the Internet and have encouraged acceptable use then the legal liability is with the young person who has broken the rules.

We do need to protect

I am not a proponent of no filtering at all. We can block pornography and violent material relatively easily.  We need to change how we filter and what we filter in Scotland. 32 different local authority filtering solutions results in 32 different sets of experience for Scotland’s learners.  In Aberdeen learners can use Twitter but in Fife they can’t.  In Argyll and Bute you can’t access Google Docs but you can in East Lothian.  We need to open our access to these and many other resources and centralise the filtering service. This will allow local authorities to focus on developing their bandwidth and connectivity.

We need to educate our young people first and foremost about internet safety, security and privacy.  Just like using the “green cross code”, we need to encourage our learners to apply what they have learned in the real world,
not a filtered wall-garden.

Impact of the use of Facebook amongst students of high school age with Social, Emotional and Behavioural Difficulties (SEBD), Frédéric Fovet (2009)